Ex-student Dan dubbed ‘star in the making’ after scooping MasterChef: The Professionals title

He’s been crowned the latest MasterChef champion and been described as a ‘star in the making’ – and it all began at University College Birmingham for Dan Lee.

The 29-year-old was last night revealed as the winner of series 14 of the BBC’s MasterChef: The Professionals, ten years on from studying for his Professional Cookery Level 2 diploma at the University’s College of Food. 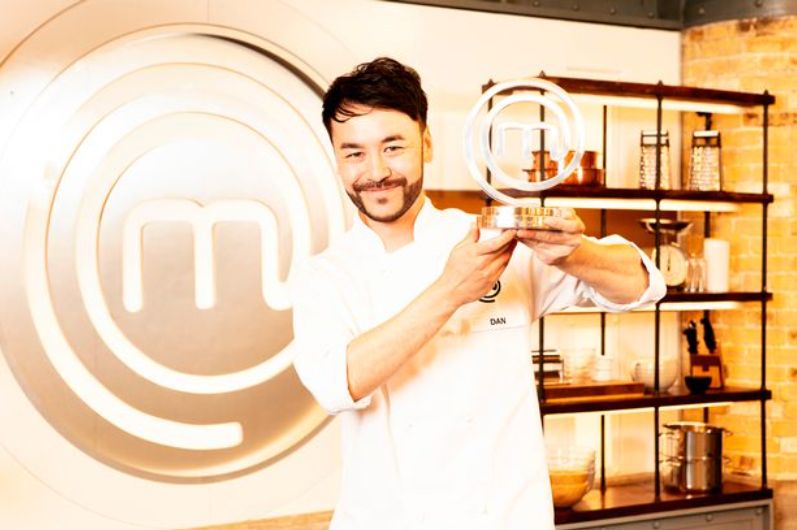 Dan, who works as a private chef, grew up in Birmingham and was introduced to cooking in the kitchen of his auntie’s Chinese takeaway, inspiring him to later start his training.

Speaking on last night’s show about his childhood days in the takeaway kitchen, Dan said:

I think that’s where I could see the greatness in food and what it could do, and that’s when it kind of pushed me to learn how to do it. I started at the College of Food. It all started to click that I can use this to travel – I’ve always wanted to travel.

Spending much of the next decade in Singapore, Dan started to gather culinary inspiration from many sources in the Far East and combining them with the influences of his upbringing in the UK, creating a style of modern European and Asian cuisine which proved hugely popular throughout his time in this year’s MasterChef competition.

Returning from Singapore as the coronavirus pandemic took hold, Dan ended up working in a supermarket before applying for the hit BBC TV series – thereby following in the footsteps of a string of ex-University College Birmingham students to star in the show, including chef Leo Kattou of the city’s Michelin-starred Simpson’s Restaurant and 2011 MasterChef finalist Claire Hutchings, as well as fellow 2021 contestant Yasmine Selwood.

And having overcome a string of challenges to reach the final week, Thursday night’s episode saw him beat his two remaining rivals to win the coveted title.

Dan started his journey and passion for cooking with us at University College Birmingham in 2009 and excelled within his class.

It takes an enormous amount of dedication to stand out within the culinary world, and Dan has proven that with hard work and a passion to succeed, you can achieve great things.

As the leading centre of excellence for chef training and culinary expertise, we are truly delighted and wish Dan every success in his future career. We hope he can take time out of his busy schedule to visit us and meet with our student chefs to inspire and share his unique skills.

Thursday night’s climax of the series saw Dan given three hours to prepare a three-course menu for the show’s trio of judges, Gregg Wallace, Monica Galetti and Marcus Wareing.

The starter was praised by judge Gregg as “an absolute knockout of a dish”, and by Michelin-starred restaurant owner Marcus as a “sensational plate of food”.

“I’m looking down at the most basic of dishes, and I’m tasting the most exciting and elegant of dishes,” said judge Gregg. “It’s absolutely delicious.”

And after a nervous wait, he was revealed as the professional MasterChef Champion of 2021. On winning the prize, Dan said:

It’s incredible, it’s a bit like a dream. This competition has meant everything for me. It’s built my confidence. Now I really know what it means to back yourself.

“It has been such a delight to watch a chef like you develop, grow and discover what you are about,” said judge Monica.

“I think Dan is a fantastic chef,” said judge Marcus. “I’ve enjoyed his food. He, for me, is a star in the making.”

And what could be next for Dan after such a prestigious achievement? He said:

I’ll see what comes up. Maybe a food truck, maybe a restaurant… who knows?

New champion Dan is the latest former student from University College Birmingham to wow the judges on MasterChef: The Professionals – and he was not the only one to feature in this year’s series.

Current Culinary Arts Management BA (Hons) student Yasmine Selwood, who was described by Marcus Wareing as ‘superwoman’ for balancing her studies and work with raising her four children, progressed to the quarter-finals of the competition.

Like Dan, she studied her Professional Cookery diploma at the Birmingham College of Food, and even cooked the menu from her final exam for the judges to earn her quarter-final spot.

Other previous MasterChef contestants from the University have included Monty Stonehewer, who reached the knockout stages in 2019, two years after taking his Professional Cookery Level 3 course.

The 2017 series saw another former Professional Cookery student Leo Kattou – a chef at Birmingham’s Michelin-starred Simpson’s Restaurant – reach the semi-finals of the competition.

Previous series have also included Josh Donachie, another ex-Professional Cookery Level 3 student who made the knockout stages in 2015, as well as 2011 finalist Claire Hutchings, who also went on to win the MasterChef: The Professionals Rematch special in 2019.

University College Birmingham is renowned for providing specialist vocational training for students looking to enter the culinary industry, with world-class facilities and expert tuition provided on a range of college, undergraduate and postgraduate courses as well as apprenticeships.

Discover the full range of courses within Birmingham College of Food.