Plans for a major mixed-use regeneration scheme in Birmingham’s Jewellery Quarter Conservation Area are set to move forward after being recommended for approval.

PCPT Architects is seeking permission for a project featuring housing and commercial space at an assembly of sites around the area of the Key Hill Cemetery. 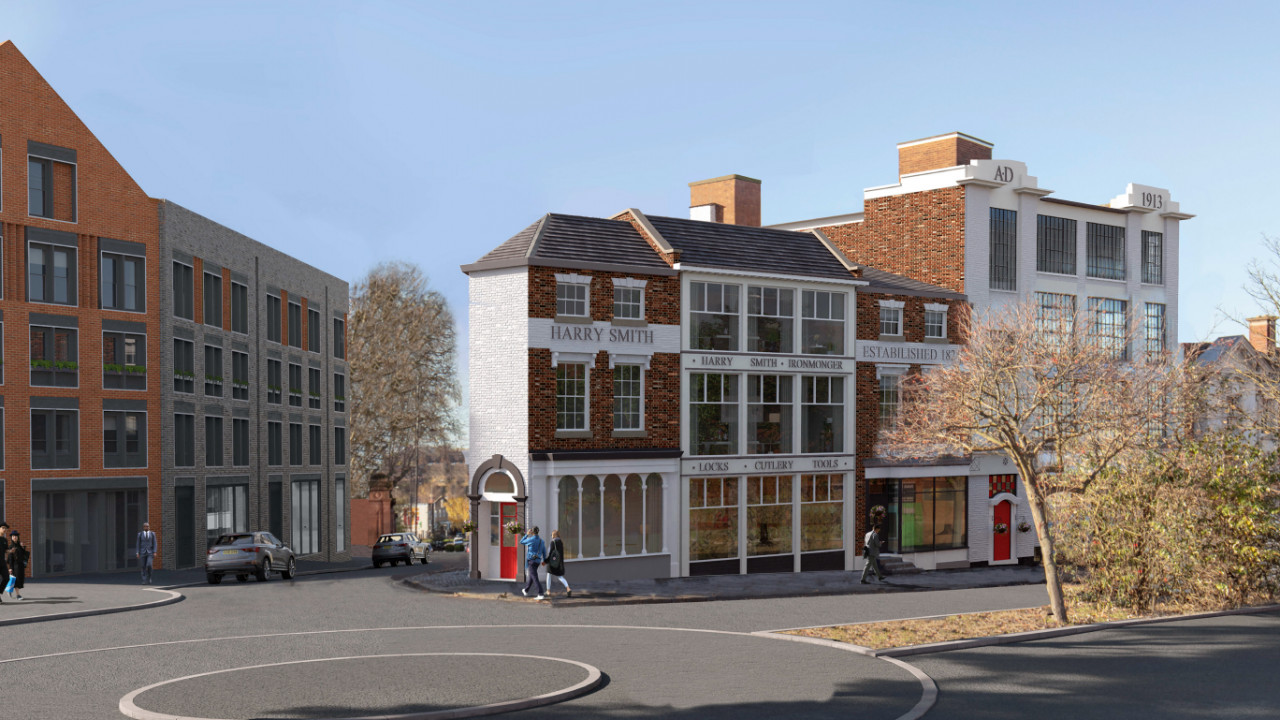 The buildings have been occupied for a variety of commercial uses, but many are now vacant and in a poor state of repair.

According to planning documents, the model for the Key Hill Village is Fargo Village in Coventry where an historic street was transformed into a vibrant creative quarter focused around the market.

The Key Hill application proposes the regeneration of the site by way of conversions, extensions and erection of new buildings to provide 62 studios/apartments and ground floor commercial units.

All the historic buildings within the Key Hill Town End development, including The Gem Buildings and the Harry Smith Buildings, are to be retained or re-used and/or extended.

The applicant has agreed that 50 per cent of the commercial floor space, equating to about 5,000 sq ft, can be made available to the creative industries.

According to a report to be scrutinised by Birmingham City Council’s planning committee, the proposals would allow the “restoration and improvement of several existing buildings on the site frontages including those that are not listed and would provide viable new uses including commercial floor space at ground floor level”.

The report adds that the new buildings and extension proposed are of a “high-quality design and would enhance the appearance of the conservation area”.

The application has been recommended for approval.