Archaeologists have unearthed the remains of the former Birmingham family home of famed industrialist James Watt.

The footprint of the large Georgian semi-detached villa, where Watt lived with his family between 1777 and 1790, was discovered on the site of the former AE Harris factory in the Jewellery Quarter. 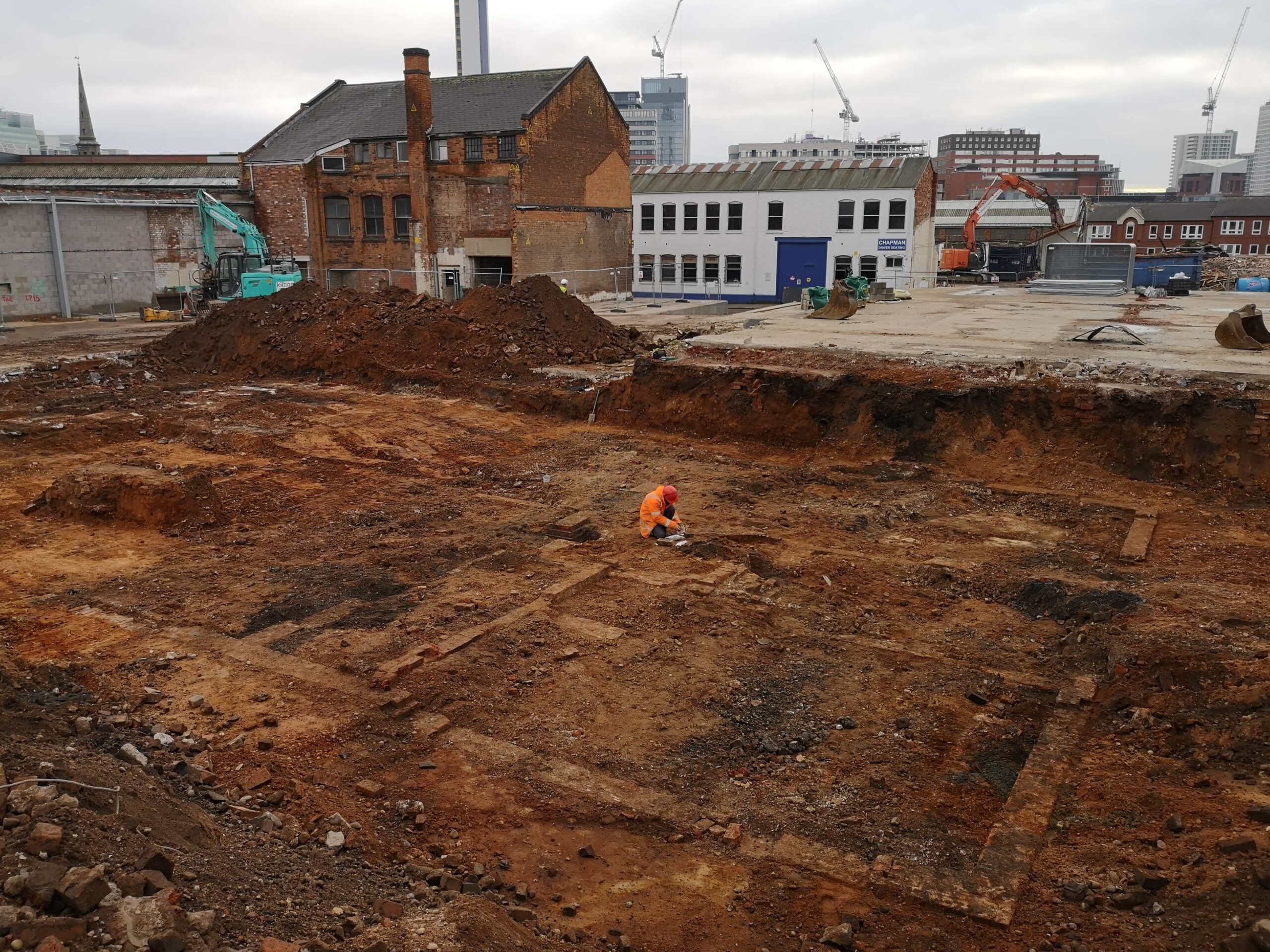 During the site excavations, archaeologists discovered the foundations and basement of the central block of the villa, which was split into two back-to-back houses.

The two houses were set in a large garden and had kitchens housed in ancillary buildings on either side of the main block.

The house was originally called Harper’s Hill, and later renamed Regent’s Place. After Watt moved out of the house it saw several other occupants and gradually became subsumed into Birmingham’s growing Jewellery Quarter. By the 1870s it was surrounded by workshops and small factories and was eventually demolished in 1885.

Jonathan Bloom from Galliard Homes said: “It’s no secret that James Watt lived on the site and was a resident of the area today known as the Jewellery Quarter for a number of years in the late 1700s, but it was still a surprise when the archaeological team unearthed the remains of his former home after all these years.

“Unfortunately, there’s not enough of the house remaining for us to retain within the scheme but in a nod to James Watt we will be naming the new road, linking Newhall Street to Regent Place, Harper’s Hill.”

James Watt was a Scottish inventor and mechanical engineer, renowned for his improvements in steam engine technology.

Together with fellow industrialist Matthew Boulton, who owned an engineering works in Birmingham, at the time the largest factory in the world, Watt pioneered the manufacture and mass production of steam engines. Their company, Boulton & Watt, became the most important engineering firm in the country, with their steam engines being used in paper, flour, cotton and iron mills, as well as distilleries, canals and waterworks.

Watt retired in 1800 and devoted himself entirely to research work. He patented several other important inventions including the rotary engine, the double-action engine and the steam indicator, which records the steam pressure inside the engine.

Watt was a pivotal figure in the Industrial Revolution and his work led to the creation of the steam train and the first automotive engine.

He died in 1819 and in recognition of his pioneering work the unit of measurement of electrical and mechanical power, watt, was named after him.

In 2019, a major exhibition of James Watt’s life and work was held in the Library of Birmingham to mark the bicentenary of his death. 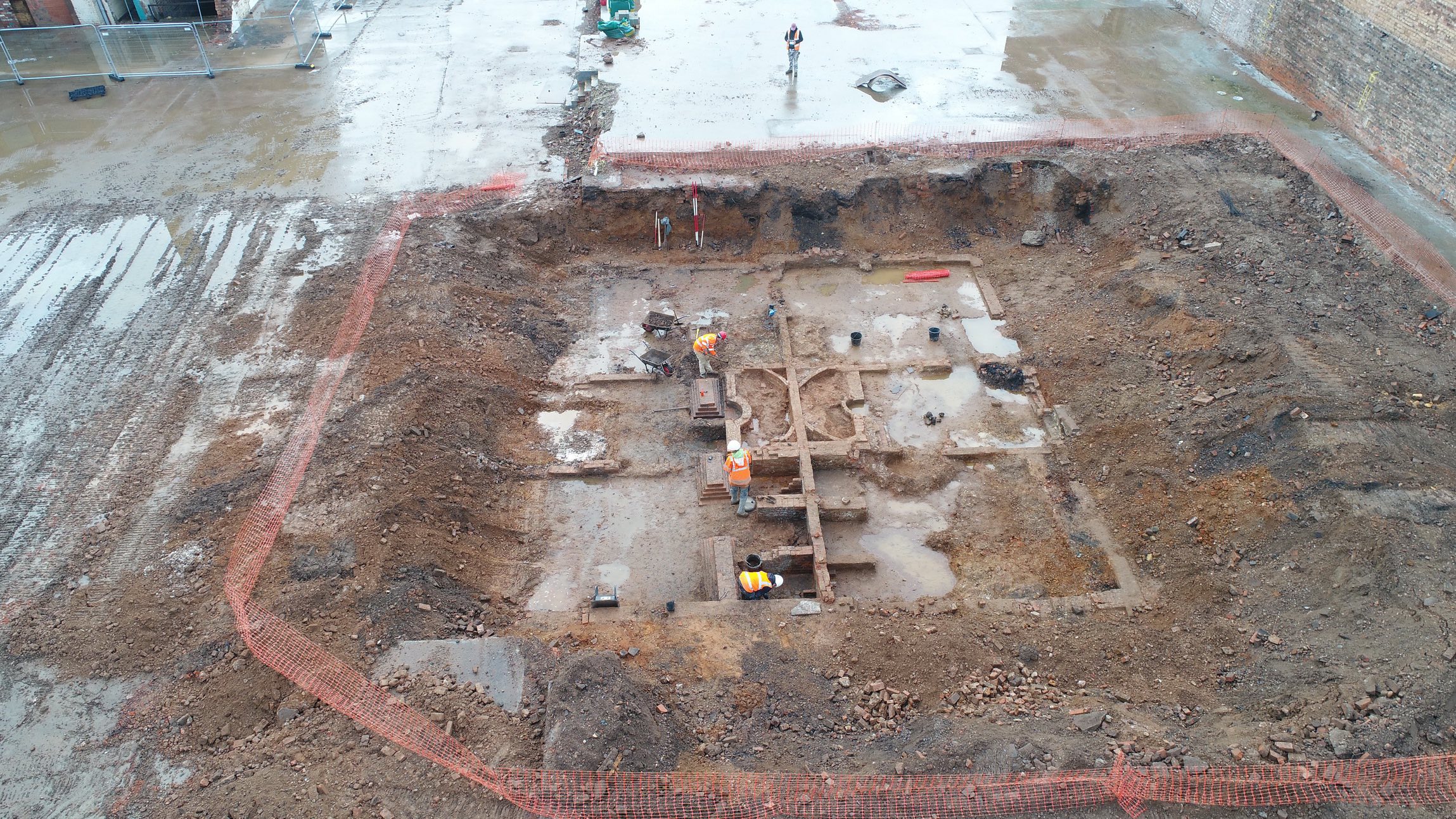 Nick Cooke, director at RPS, who managed the archaeological work, said: “The Harper’s Hill House was built on rising ground to the north west of Birmingham and commanded fine views of the city.

“James Watt was a key figure in developing technologies which drove the Industrial Revolution, and which made Birmingham a city of international importance, and to find and record the remains of his home is a special privilege.

“Although the excavations only uncovered the foundations of Harper’s Hill, we were able to determine the layout of the property and recover artefacts associated with its use.

“Archaeology Warwickshire, who undertook the excavations will be preparing a report on their work, and the artefacts and project archive will be deposited with the local museum.”

As well as apartments and commercial space, which will include affordable business and ground floor retail space, there will be a new public square in the centre of development.

A new pedestrian street will stretch from Newhall Street into the heart of the Jewellery Quarter, improving access from the city centre. The new route will be named Harper’s Hill, reflecting the historic name of the area.

A section of Northwood Street, previously closed to the public, will also opened up for the first time in 20 years.

St Paul’s Quarter is designed and master-planned by Glenn Howells Architects. The development is anticipated to take four years to complete.

The Galliard Apsley Partnership has also broken ground at its Soho Loop site, comprising more than 750 new homes. Its Timber Yard development of 379 apartments on Pershore Street is nearing completion and 85% sold.